From a genetic aspect, the colour terminology within the German Shepherd breed standards is not adequate to cover the whole spectrum of worldwide occurring colours. Therefore we use current international terms to determine the coat colours of our dogs.

Dominant Fawn (True Sable): The dominant Ay  gene typically creates a sandy coat colour, most likely in combination with a black mask, which you can find in Malinois dogs for example. It’s actually a rare colour within the German shepherd lines. On the dorsal line a fawn dog usually shows black hair tips.

Agouti (Wolfgrey/Sable): This is one of the most recent colours in GSDs next to black and tan. Banded hairs (black and red) create the camouflage effect many wild animals have (aw). Sable is actually the wrong term to describe agouti in GSDs, but It’s the most common way. You can find agouti in other breeds too, like for example the Alaskan Malamute. The shades of agouti can vary widely and may change over years. Dark types of sable shepherds are called often Melanistic Sable or Dark Sable or in contrary to the dark version there is light sable too or faded sable.

Tanpoint: The third option contains black and red pigment in a specific pattern (at). The typical tan pattern shows red spots and patches on the muzzle, above the eyes and on feet, tail, ears and chest. Otherwise the dog shows an eumelanin (black pigment) coat (in case of dilution eumelanin will appear blue, brown or lilac)

Recessive black: In homozygous form (a/a), the a- locus results in black coat colour (in case of dilution blue, brown or lilac). In combination with the tan allele at the dog will be bicolor. Phenotypically a recessive black dog shows no difference to a dominant black coated dog. Recessive black is a rare trait, but common in GSDs.

Within the A-Locus ranking, Ay is the most dominant as you can see below: 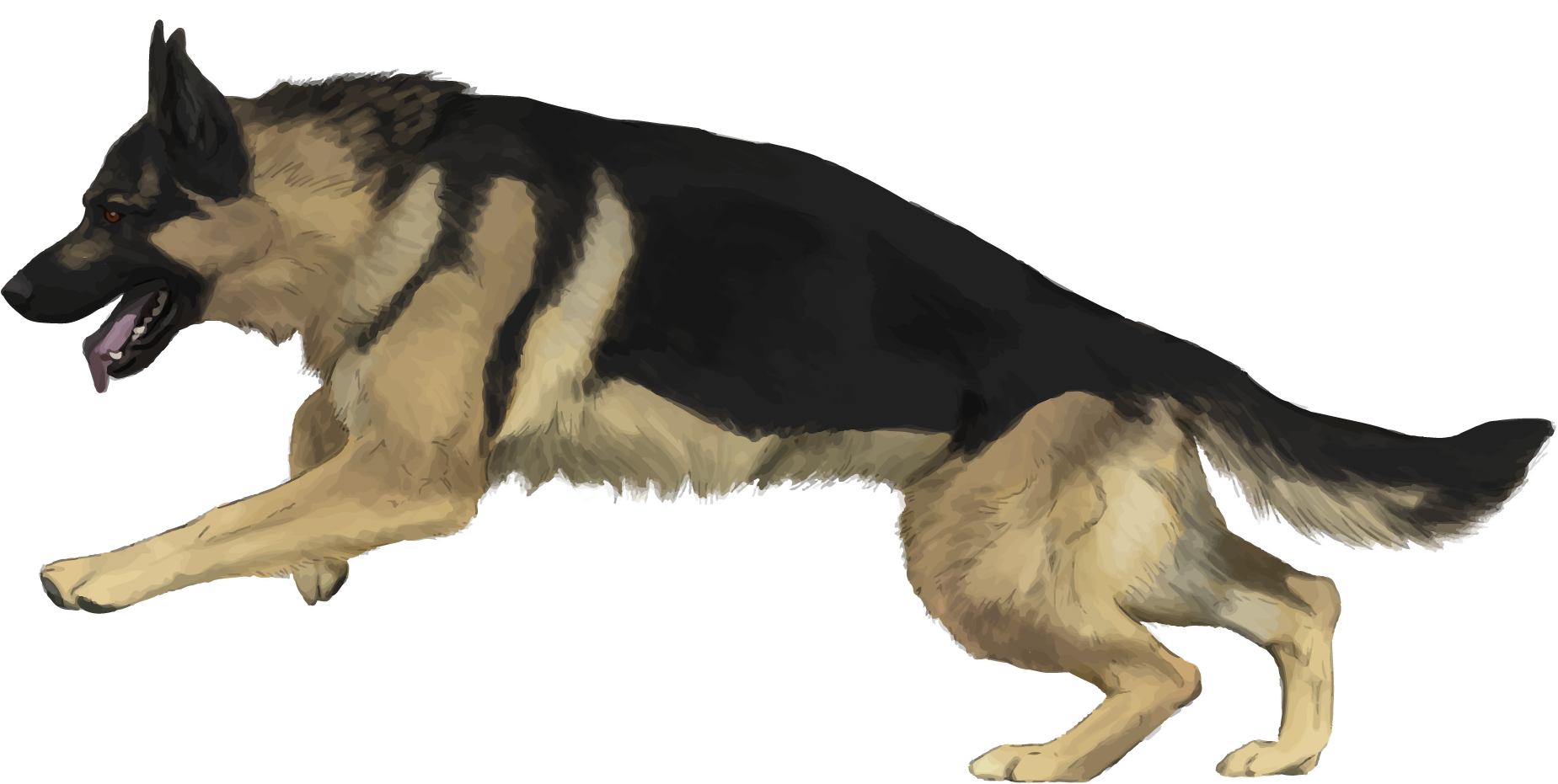 a a – Recessive Black

A solid black dog is either recessive black (a/a) or dominant black (Kb), additionally B-, D- (no dilute) and E/E (no recessive red). The K-locus is known for dominant black coat colour and will suppress the a-locus in showing its phenotypically traits. If a dogs genotype contains at least one copy of Kb, the dog will express its basic coat colour, according to the B-, D- and E- locus alleles. The spotting gene will show it’s white markings also on dominant black coat.

Brown (Liver/chocolate): Only if a dog is homozygous for brown (b/b) black pigment will be diluted to brown. If homozygous for dilute as well (d/d) then brown will become isabella/lilac.

Blue: The D-Locus dilutes the dogs coat colours and has effect on skin and eye colour too if the dog is homozygous for d/d. Black will appear as grey/blue and red pigment will be reduced to cream/gold.

Recessive red/yellow/white: The E allele will give the hair it’s black pigment, while the e allele will reduce eumelanin to red or yellow. If homozygous for e/e the coat colour will vary from orange, yellow to clean white.