Depending on each litters development usually the puppies will move to their new home with a min. age of 7-8 weeks. Our puppies grow up within the family, inside our house together with other dogs and our cat. Next to that they will have an extra socialisation phase on the farm, where they can get used to the day- and night rhythm, rain, horses, bikers, visitors, big machines and cars. Before the puppies are ready to move to their new home they will be: 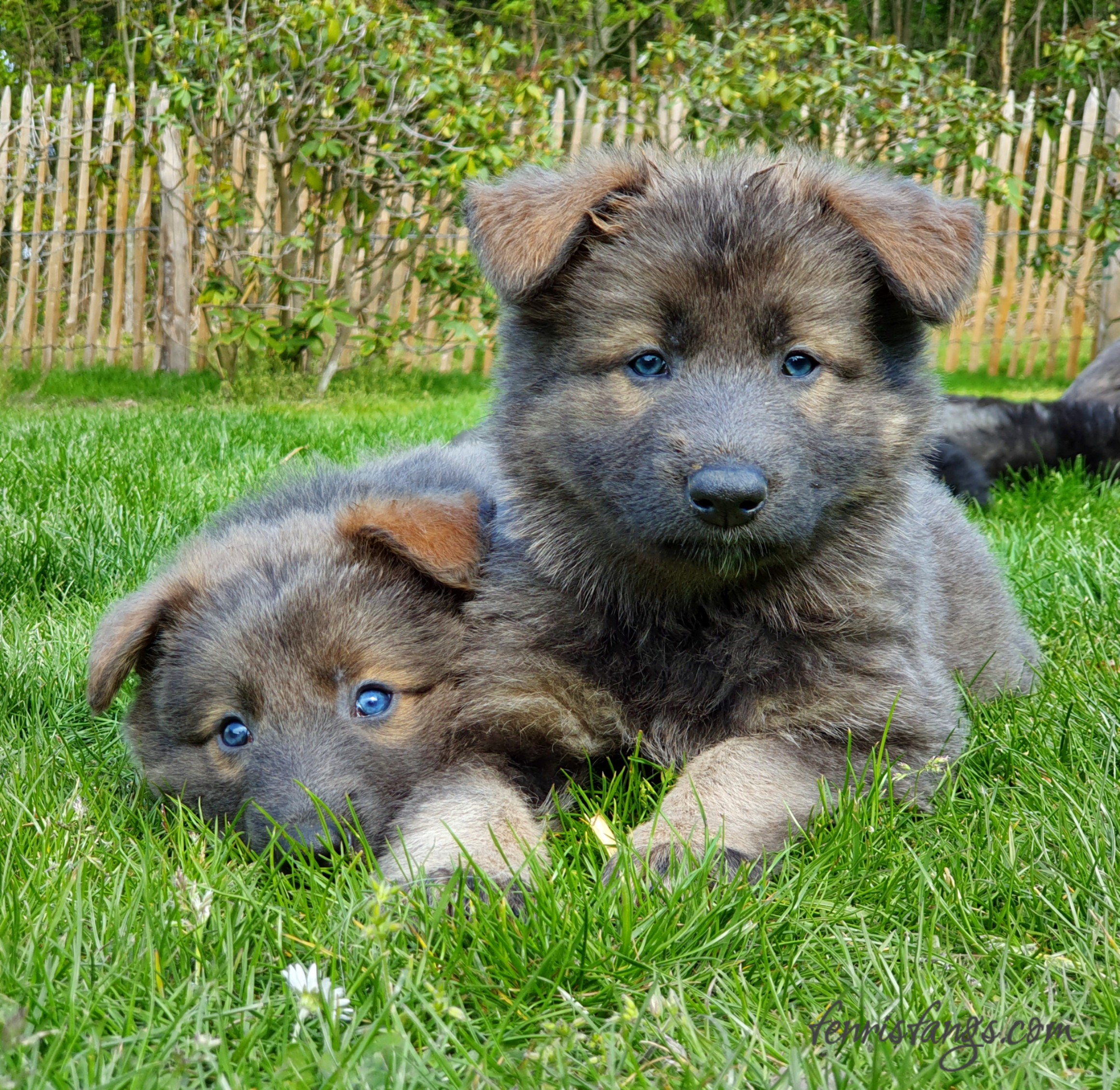 The puppies will be socialized while they grow up. Playfully they will learn a lot of new stuff in- and outdoors. They will meet people and other animals and will be accustomed to all sounds within a household. Each puppy will receive:

A good socialisation begins at the breeder

Before you buy a puppy, always consider the temperament and social behaviour of their mother first.

Before we get started with the 5 crucial periods in the life of a puppy, on which the breeder has influence too, there’s another important topic regarding puppy socialisation and character. The bitch, her social behaviour and the development of each puppy within the womb. You might ask yourself, what puppy development in the womb has to do with dog training. A lot. Depending on the social behaviour of their mother, the puppies will be stimulated and ‘educated’ before they are born. For example… a bitch that behaves reactive or hostile toward other dogs/ children etc. On her daily walks, she will probably show hostile behaviour and produce hormones, that will have an effect on the unborn puppies. In each situation her puppies will experience stress and eventually fear, because they receive the same hormones, causing the same mental experience for the puppies. Later on, while socializing of a puppy this ‘learned behaviour’ might trigger the same reaction towards other dogs or other environmental influences, caused by ‘familiar’ hormones. A puppy that experienced only endorphins in his mothers womb, will be probably become a chilled and open minded puppy. Therefore a puppy knowing only adrenalin, noradrenalin and serotonin might develop into a reactive, anxious puppy. Especially if the mother shows reactive/fearful behaviour (to whatever situation) too after birth when their puppies are near.

Hormones also play a part in development of sex related behaviour. If there is only 1 female born within a litter of males, the female will receive more testosterone than usual. This might result in a female showing male behaviour. Same goes for females positioned between 2 males in the uterus horns. Females showing male traits does not have to be necessarily negative. It could result in a mental and physical strong female with a laid back temperament.

That’s why we advice to consider their mothers temperament and social behaviour before you decide to adopt a puppy. The father will of course play a role when it comes to inherited character traits, but his social behaviour is actually not affecting the puppies development before birth.

Responsible breeders will exclude anxious or reactive dogs from their breeding program.

The 5 crucial periods in the life of a puppy

Scientific studies have shown that, there are five critical periods in a puppy’s life, that is five phases of mental development during which adverse conditions can cripple a dog emotionally without hope for recovery. Conversely, positive conditions during these five phases of emotional growth can produce dogs of the highest calibre – mentally and socially. So important are these findings, that guide dog foundations instituted these “positive conditions” for puppies being raised to become leaders of the blind. Dogs trained to lead the blind receive the most rigorous and exacting training of any dogs and therefore must be perfectly adjusted.

Dr Paul J Scott, Director of Animal Behaviour at Roscoe B Jackson Memorial Laboratory at Bar Harbour, Maine, directed a project to determine just when these critical periods took place. The consequences of a person’s failure to acknowledge and respond to these critical periods were demonstrated in one particular test. A puppy 21 days old, was removed from the litter and completely isolated. Although the puppy was fed and watered, the caretaker was careful not to play with or speak to it. The only toys the experimental puppy had were his water bucket and food dish. By 16 weeks of age, the puppy had no contact with other dogs (except during the first 21 days of its life) and no human contact except the caretaker. At four months of age, the experimental puppy was once again placed with his litter mates. HE did not recognise them, either as litter mates or as dogs! His isolation during the critical periods of his life – his complete removal from the companionship of dogs and humans – had marked his character to the extent that he could not adjust to animal or human society. 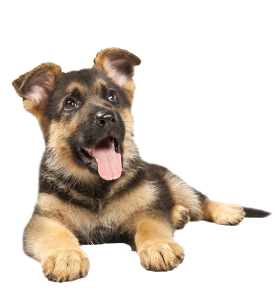 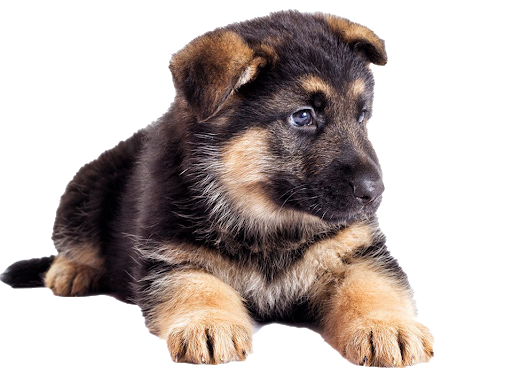 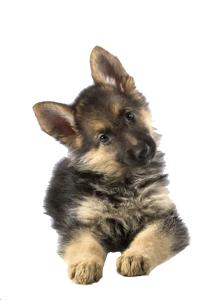 As a result of many years of scientific research, it has been determined that the first critical period covers the entire first three weeks of a puppy’s life, 0 to 20 days. During this period, a puppy’s mental capacity is nearly zero, and the puppy reacts only to its needs of warmth, food, sleep, and its mother. Tests were conducted to determine whether a puppy was capable of learning anything at all during the first critical period; it was determined that it was not.

The third critical period is the fifth through the seventh week (29 to 49 days). At that age, puppies will venture away from the nest – although not very far – and do a little exploring. At the beginning of a puppy’s sixth week, the awareness of society will dawn; that is, the society of man and the society of dog. A puppy’s nervous system and his trainability are developing and, by the end of the third critical period, will have developed to capacity. Unfortunately some dog books say that a puppy has the brain of an adult at the conclusion of the third critical period. This is not true, and research proves it! At the conclusion of the third critical period (the seventh week of age), the puppy’s nervous system and trainability have developed to capacity, so a more comprehensive look at what takes place during this third critical period is certainly in order. During this period a puppy will learn to respond to voices and will begin to recognise people. A social “pecking order” will be established among the puppies in the litter. Some of the puppies will learn to fight for their food and will learn to be bullies. The litter mates that are cowed by aggressive tendencies of the others will become shy. The scientific tests at Hamilton Station have show that it is advantageous for a puppy to remain with the litter long enough to acquire a little competitive spirit, but that too much is detrimental to the puppy’s emotional growth. The pups that remain in the litter after the seventh week will begin to develop bullyish or cowed tendencies – which will remain with them into adulthood. The longer a puppy remains with the litter after completing the seventh week of its life, the more deteriorated the emotional growth of that puppy will be.

At the end of the third critical period, the puppy is considered emotionally developed and ready to learn. But the puppy does not possess an adult brain at that age.

That paragraph is so important that every dog owner (and those contemplating getting a puppy) should reread it – and then read it again! For the readers who acquired their dogs at six months or more, that paragraph may well explain some of the negative characteristics in the personality and behaviour of their dog.

During the fourth critical period, simple commands can – and should – be taught. There should be gentle discipline. Forceful discipline during this period could adversely tip the scales on which the puppy’s emotional development now rests. A puppy (during the fourth critical period) is learning to live in a human’s world. He is learning to trust and have confidence in human beings. A puppy between the ages of 8 and 12 weeks does not deliberately get into mischief. A physical and forceful correction could result in complete confusion within the mind of the puppy. Faith and trust in his new human friends could be quickly shattered. When mistrust of humans develops during the fourth critical period, that mistrust will remain a permanent part of the puppy’s makeup.

The fifth critical period is the 13th, through the 16th week of a puppy’s life. A highly significant thing will happen during the fifth critical period, and puppy owners should be prepared for it. A puppy will make its first attempt to establish itself as the dominant being in the pack (family). It is during the fifth period that a puppy will learn whether he can physically strike out at his owner – and get away with it! If a puppy is allowed to get away with it, he will lose the confidence and the respect for the owner that developed during the fourth critical period. The tolerance level toward the owner will be narrowed. The puppy will learn that by rebelling he’ll get things his own way. It is during this fifth critical period that authority will be challenged. It is here that the challenge must be met head on by the pup’s owner. Instructing people as to the best method for dealing with the problem is quite difficult because not two dogs are exactly alike. Disciplinary measures for one are not necessarily suitable for another. In my own training school the question is often asked, “What shall I do if my dog bites me”? My answer usually goes something like, “What would you do if your child hit you”? Heaps of love and understanding are not applicable here. A puppy must be shown swiftly and firmly that though his is loved, you the owner – are the dominant being. Formal obedience training should begin not later than the age of six months for optimum ease in teaching. This is not to say that a dog who has attained the age of 10 years cannot or should not be trained. As long as a fog is healthy, there is no maximum age limit for training, It is always easier to train a dog that has not had too much time to develop bad habits. Being aware to the five critical periods, providing the correct environment during these periods, and instituting proper learning techniques will allow a puppy to develop emotionally and socially to full potential. Each tome you marvel at a guide dog leading its blind owner through busy traffic, you can be assured that the five critical periods in that dog’s life were handled with great care and concern.

The puppy you acquire can grow up to be all the things he is capable of becoming. Pay close attention to the critical periods in his life. Those are the periods which shape and mould his character and personality. He is in your hands. What he is to become he will become during those five critical periods.

Bruce Sessions version of the development stages in the life of a puppy is only one of many. On our information page you can find some more examples of the puppy development stages, also for puppies older than 4 months, which might be helpful for your puppy training.